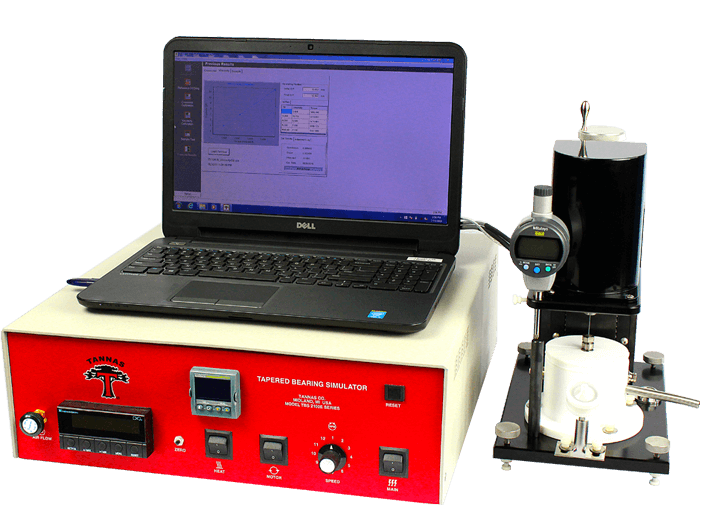 The TBS 2100E series Viscometers are high performance, low maintenance, instruments incorporating the features of both the TBS 500 and SSTBS models, with the added benefit of having Full-Automation capabilities. The 2100E series models preserve the same high level of quality, precision and reliability previous TBS models have enjoyed over the nearly three decades of production.

There are a number of unique advantages that have long been associated with the TBS. It provides constant temperature control, ease of operation, quick chase-flush Sample exchange, simple determination of shear rate, etc. The 2100E series continues the tradition of offering the best of modern technology and incorporates several value-added features that set new standards for high temperature, high shear (HTHS) viscometry of new and used oils. For research, the most important of these is the ability to change shear rates on a given oil by adjusting the rotor speed over a broad 12-step range. The TBS 2100E motor is capable of running at 12 different speeds (just as the previous model SSTBS). This gives the operator the ability to change the shear rate by simple adjustment of the motor speed dial, since the speed is proportional to shear rate. The unit is capable of achieving shear rates ranging from 50,000 sec -1 to over 7,000,000 sec-1. The variable speed DC motor makes it invulnerable to changes in frequency and is smaller and more powerful than the TBS 500 motor — allowing oils with viscosities up to 30 cP to be tested (depending on temperature and shear rate).